Durga Puja (pronounced [dʊrɡaː puːdʒaː]), also called Durgotsava (pronounced [dʊrɡoːtsəʋə]), is an annual Hindu festival originating in the Indian subcontinent which reveres and pays homage to the Hindu goddess, Durga.[2][3] It is particularly popular and traditionally celebrated in the Indian states of West Bengal, Assam, Odisha, Tripura and the country of Bangladesh, and the diaspora from this region, and also in Mithilanchal regions of Bihar and Nepal. The festival is observed in the Indian calendar month of Ashwin, which corresponds to the months of September–October in the Gregorian calendar,[4][5] and is a ten-day festival,[6][2] of which the last five are of significance.[7][5] The puja is performed in homes and in the public, the latter featuring temporary stage and structural decorations (known as pandals). The festival is also marked by scripture recitations, performance arts, revelry, gift-giving, family visits, feasting, and public processions. [2][8][9] Durga puja is an important festival in the Shaktism tradition of Hinduism.[10][11][12] 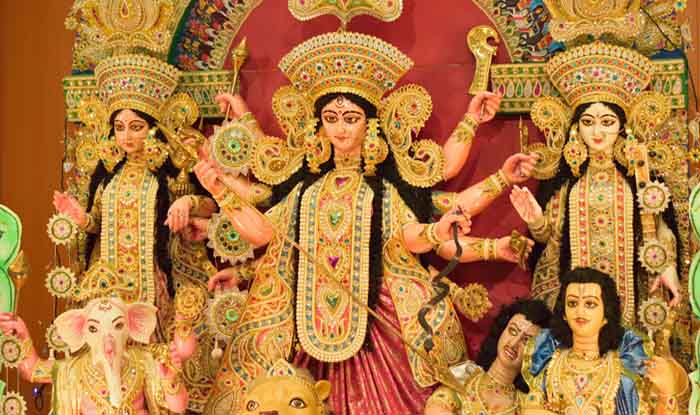 Lorem Ipsum is simply dummy text of the printing and typesetting industry. Lorem Ipsum has been the industry's standard dummy text ever since the 1500s, when an unknown printer took a galley of type and scrambled it to make a type specimen book. It has survived not only five centuries, but also the leap into electronic typesetting, remaining essentially unchanged. It was popularised in the 1960s with the release of Letraset sheets containing Lorem Ipsum passages, and more recently with desktop publishing software like Aldus PageMaker including versions of Lorem Ipsum